Search Our SAP Job Board

One of the biggest issues currently faced by SAP consultants, is the lack of a clearly-defined path on how to successfully transition, reskill/upskill their SAP ECC expertise to S/4HANA, so as to remain relevant and in-demand in the SAP consulting world. This ECC-to-S/4HANA upskilling and transition is necessitated due to a large number of new SAP S/4 HANA implementation projects coming up and also current ECC landscapes of companies being converted to S/4HANA. 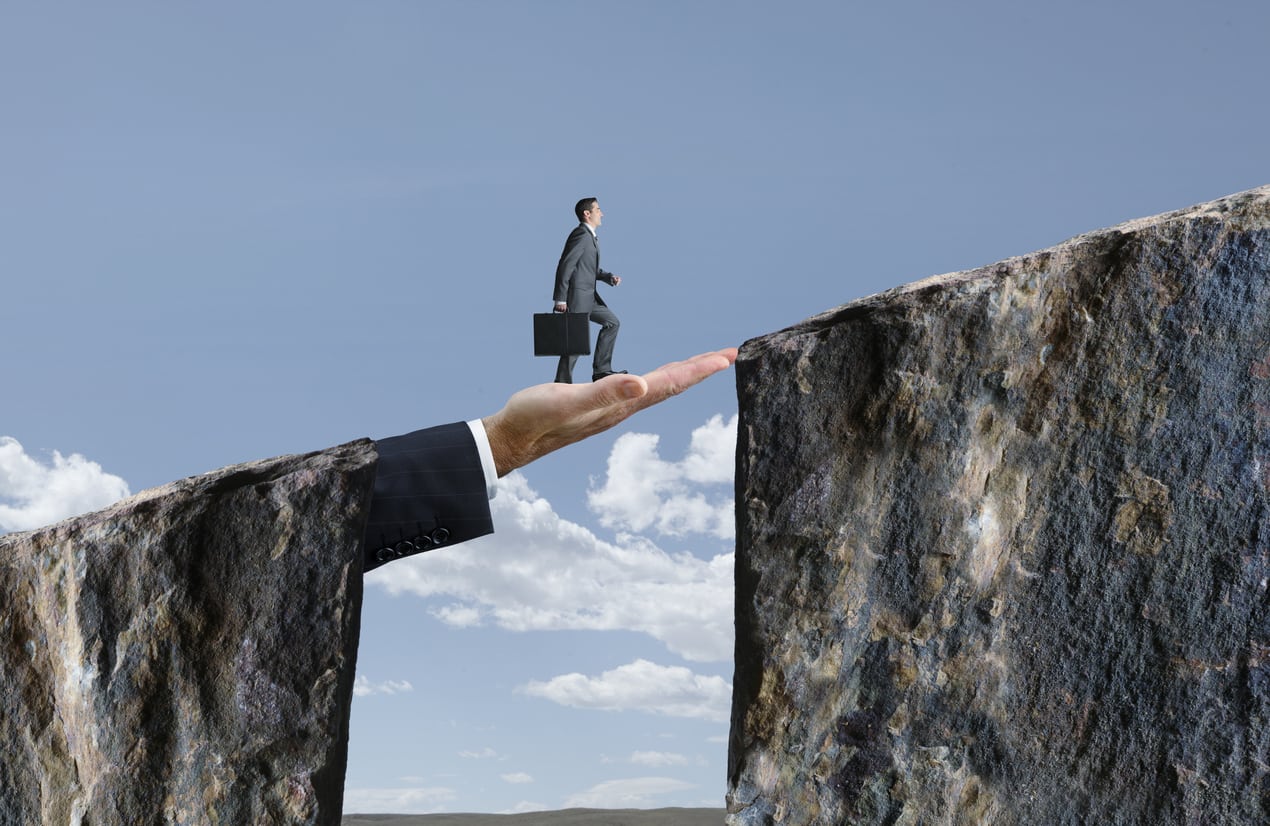 SAP S/4HANA is the successor of SAP ECC (Enterprise Central Components) and is the next-generation ERP software with digital core. S/4HANA brings several technological and functional innovations to take advantage of the digital transformation that companies need to embark upon to stay competitive.

The current situation of ECC and S/4HANA skills transition is similar to the ‘chicken or the egg’ scenario: companies implementing/converting to S/4HANA want ‘experienced’ S/4HANA consultants for their projects, as they want to introduce and implement the innovations and simplifications that come with S/4HANA. These companies will often refuse SAP consultants who only have SAP ECC expertise, where these ECC consultants are deemed ‘obsolete’ or not ‘upskilled’ enough to bring the return on investment (ROI) from the S/4HANA investment. SAP ECC consultants are frustrated by their inability to get deployed on their first S/4HANA project (from which they are able to gain their first real-life S/4HANA experience!). Fortunately, all is not lost for SAP ECC consultants if they carefully plan and follow the suggested route to transition to S/4HANA. 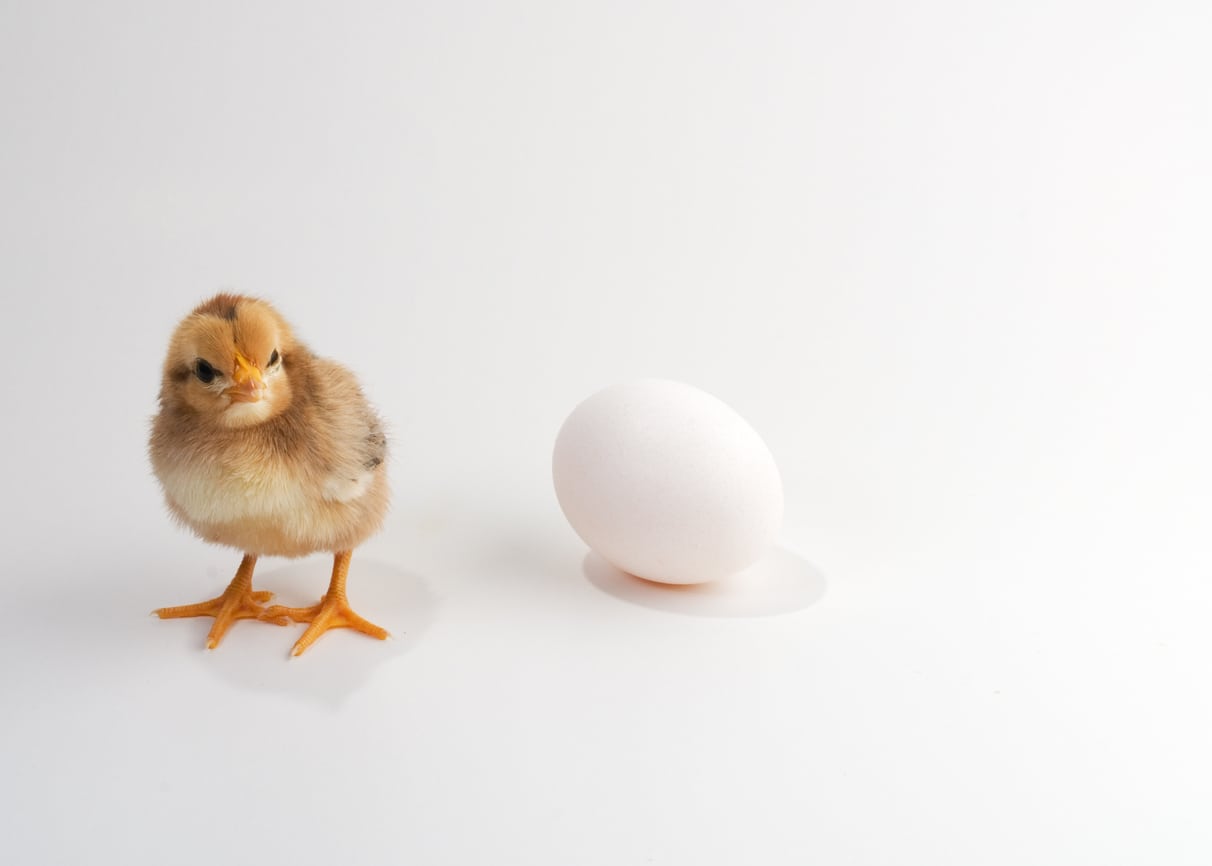 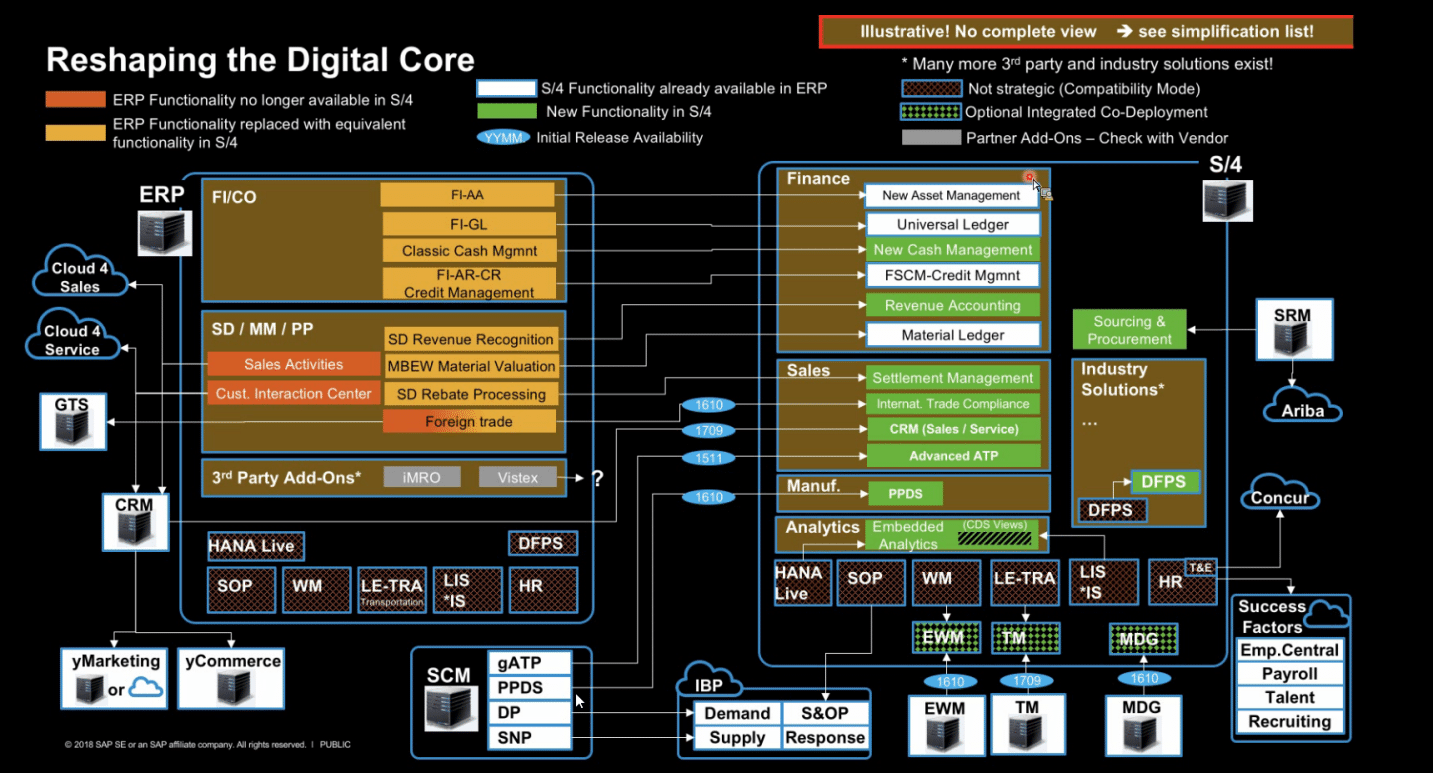 Let us now discuss Figure 1 with some examples:

SAP Materials Management (MM) has always been a core and the central component of any ECC implementation. With the advent of S/4HANA, certain SAP MM functionalities have been expanded upon, changed or even eliminated. For example, a ‘Vendor Master’ in ECC is now replaced with ‘Business Partner’ in S/4HANA (in which multiple transactions of vendor master are replaced with a single business partner transaction ‘BP’). As an ECC consultant, even if you mistakenly enter any of the ECC’s vendor master transactions in S/4HANA, the system will direct you to single ‘BP’ transaction.

In the production or manufacturing area, Production Planning and Detailed Scheduling (PP-DS) used to be a separate and standalone subcomponent of SAP Advanced Planning and Optimization (SAP APO). SAP APO being a separate and standalone materials and capacity planning engine that is often used by companies having complex manufacturing and scheduling requirements that could not be met using the Production Planning (PP) component of ECC.

Now the PP-DS component is in-built (native) to S/4HANA and can be implemented by companies having the need to use this component. If there’s no such need (or a need to implement PPDS at a later stage) then the SAP Production Planning component in S/4HANA is still sufficient to meet the business needs.

In SAP ECC, implementing the Material Ledger (ML) functionality was optional for companies if there was a need for actual product costing or if there was a legal requirement to implement ML. The ML implementation was driven by Managerial Accounting consultants (or Controlling (CO) consultants) with the support of MM consultants. Now, in S/4HANA, ML functionality implementation is mandatory. So, it goes without saying, it’s quite important for SAP ECC CO as well as SAP ECC MM consultants to upskill their ML skills. Two resources worth checking out on ML are “Actual Costing with Material Ledger” and “Introducing the Material Ledger in SAP S/4HANA”.

Access to S/4HANA demo systems for practice and self-learning

SAP ECC consultants are acutely aware of the fact that no amount of reading books, articles or even watching videos on S/4HANA are sufficient to enable them to upskill themselves. It is far more useful to practice the S/4HANA functionalities in an actual (or demo) S/4HANA system! Learning and retention of newer functionality is much easier when doing and practicing them in the SAP system. Fortunately, SAP provides S/4HANA demo/trial versions for both S/4HANA Cloud and On-premise that you can access here. Furthermore, many SAP consulting firms and SAP partners are making significant investments in ensuring SAP S/4HANA demo systems are available to their ECC consultants. 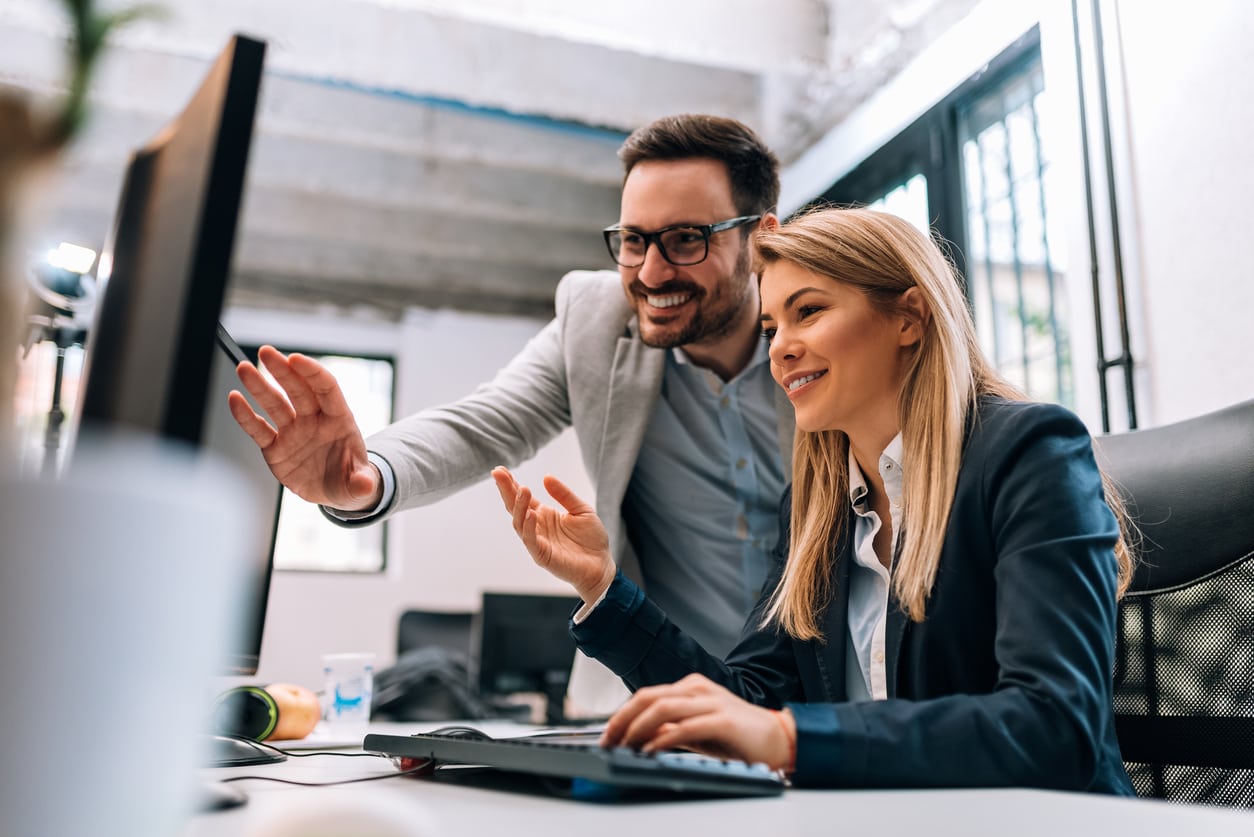 If you are a freelance SAP ECC consultant, you can always find SAP training companies and services providers offering S/4HANA demo system’s access. A word of advice here: Try to find S/4HANA demo system that comes with preloaded SAP Best Practices and IDES data (International Demonstration and Education System). An S/4HANA system with IDES data will enable you to quickly learn S/4HANA functionality without having to build up the entire S/4HANA system from ground up. For example, we discussed the Business Partner functionality in S/4HANA’s MM component earlier in this blog post. Learning how to quickly create a Business Partner in S/4HANA is much easier and faster on an S/4HANA IDES system that has preloaded master data and comes with necessary configuration settings, instead of having to first configure and setup business partner functions in order to explore its functionalities. Of course, being a SAP consultant, you will also eventually want to explore and practice the S/4HANA-specific configuration (the backend) for which the availability of the same S/4HANA IDES system will again come in handy.

Do not underestimate the importance of integration among the various S/4HANA functionalities. Integration brings people, processes and data together, so that the information and data flow from one S/4HANA component to another. For effective integration learning and testing, it’s best to form small team of relevant ECC consultants who then demonstrate end-to-end business processes in S/4HANA. An example of some end-to-end business scenarios and processes in S/4HANA are ‘procure-to-pay’, ‘order-to-cash’, ‘plan-to-product’ and ‘hire-to-retire’. 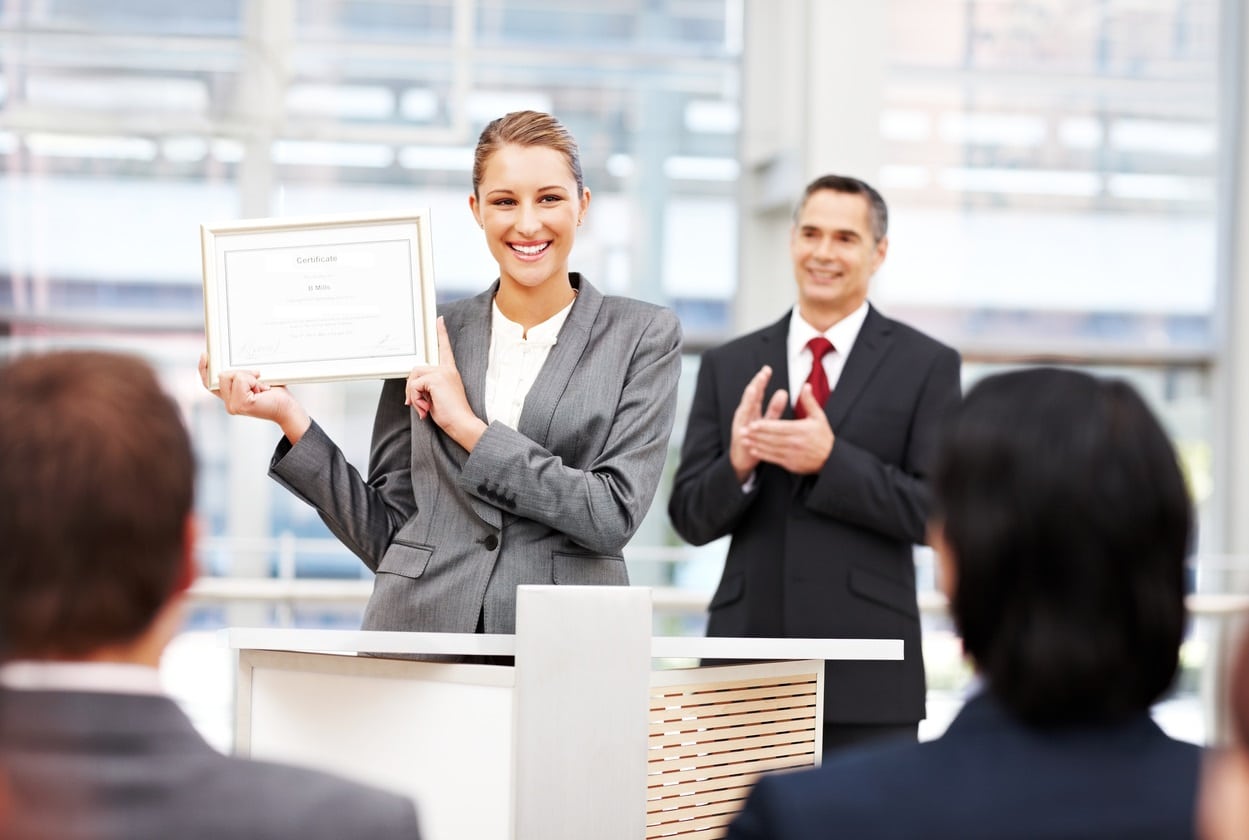 Last but not the least; be sure to check out Open SAP Courses (FREE!) where you can register with just your email address.

Where to find further information on SAP S/4HANA

Let’s now summarize some of the S/4HANA resources available for your ECC-to-S/4HANA career transition:

1. Keep checking an ever-growing list of SAP Certification books available with SAP PRESS such as this one and this one.
2. Gain access to free demo/trial S/4HANA cloud and on-premises versions, explore and practice as much as you can.
3. SAP Learning Hub for S/4HANA courses and access to live/demo S/4HANA system
4. Register for free courses at Open SAP Courses.
5. SAP S/4HANA Community Network Blog.
6. SAP S/4HANA (and even SAP HANA) – At a Glance.
7. If you work with an SAP Partner, then SAP Partner Edge offers several valuable resources on S/4HANA.
8. SAP TechEd Online for (free) videos replays and blogs.