Eursap’s Ask-the-SAP-Expert article is a feature designed to give you up-to-date information on the latest SAP news, featuring key thought leaders in the SAP space, as well as regular interviews with the best SAP consultants in the business.

This month, we feature Peter da Cunha Rego, a very experienced SAP Customer Service consultant who has knowledge and experience in Plant Maintenance and data migration areas. Peter has worked for a wide variety of clients, including global pharmaceutical giant GSK, as well as technology and infrastructure organisations such as Siemens and Accenture. 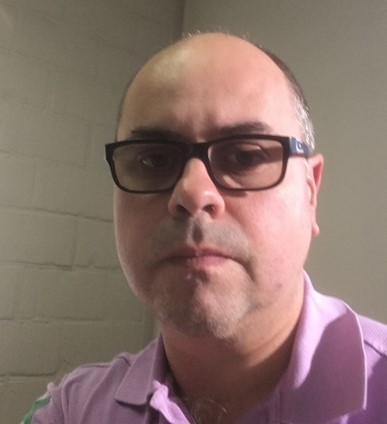 Hi Peter, thanks for taking the time to talk to us. Would you mind familiarising our readers with a little bit about yourself and your SAP experience?

Hi Jon, many thanks for taking the time to chat with me.

I am very lucky to have three nationalities as I was born in the UK to a French mother and Portuguese father. I lived in England and Portugal when growing up, went to University in Portsmouth and have since lived and worked all over the world. I speak English, French and Portuguese fluently and can more than get by in Spanish.

I have been consulting in the SAP world now for over 20 years – yes, I am a dinosaur! I started my career at Arthur Andersen in Lisbon with programming in ABAP.  After three years it was time to move on and I was very lucky that JohnsonDiversey took a chance on me. This is where I started in Plant Maintenance and Customer Service, performing my first ever rollout in Ireland.

Since those days it has been non-stop. In 2004 I decided to become a freelance consultant and I have never stopped learning new processes, and the system more deeply, to ensure the user teams I work with get the best out of me.

And can you remember the first time you heard about SAP?

Yes! I was in my final year of university and my dad (who also worked in IT as an auditor) told me about this “SAP System that seems to put it altogether in one program. This is where the future is for work.”

You’ve worked as a consultant all over Europe – UK, France, Belgium, Switzerland and Portugal. Can you speak a little bit about the challenges such an active and mobile career presents?

There are two distinct phases of my life of being a very mobile consultant. When I was single, it was never an issue to pack the car and move onto the next contract in a different country if need be, as it was an adventure. I would live in the country I was working in and get to enjoy the local atmosphere, and I did this quite a bit up until 2010.

In 2010, my partner and I got together. I was working in Switzerland and would fly back to the UK every Friday and out to Switzerland every Sunday night. I did this for 2 years. Then in 2012, she moved out to live with me over there. We then subsequently moved back to the UK and then to Belgium.

Working as a consultant for your own clients must have been a little stressful during the Covid-19 pandemic. What challenges did you face as a result?

The main challenge from my point of view was in case my current projects were going to be cancelled. I have been very lucky as both clients that I have been working with continued their implementations during these trying times and the use of technologies such as Zoom and Microsoft Teams have allowed work to continue remotely.

Of course, using these methods of collaboration is not the same as being face to face, conducting workshops, being in testing sessions, delivering training and discussing solutions with technical team members. This has presented a different set of challenges. I have had to learn to communicate in a different way, ensuring all points are understood, all process variants are catalogued to be tested, etc.

Also, not everyone uses their camera when in meetings (I know that the first one of the day I certainly try not to!) so gauging reactions to statements is not always easy. In the end, however, from both the teams I have worked with and personally, we have ‘learned our way forward’ to work collaboratively in an efficient manner.

I tend to find that in the contracting market there are two types of requirement for resources:
• Someone is needed right away: Where there is a desperate need to shore up a team with a new member to help with workload.
• A requirement is placed for a resource for a greenfield/brownfield implementation with subsequent rollouts.

When a contract is coming to an end, I tend to speak with former colleagues to see if there is anything around that they know about that could potentially be a green/brownfield implementation. I would tend to do this around two months before the end of my current role, assuming there was no extension involved.

If there is nothing available through my network of contacts, I will search the job boards for contractors more intensely during the final two weeks of my assignment and get my CV out there for consideration by hiring managers or agencies. This latter approach tends to lead to the ‘someone is needed right away’ project scenario.

Continuing the theme of contracting, how do you plan ahead financially? I’ve heard other contractors say that they plan to be in work for 9 months of the year, which allows them not to get too stressed if they have a gap of a few months between jobs. Is this something you also do?

I have been very lucky as I have worked continuously for twelve months a year for the last fifteen years, rarely taking holidays – at most two weeks a year. I try to ensure that I am on greenfield/deployment projects that are over a year long in order to ensure that I have enough income. Also, I have always tended to finish a contract on a Friday and start a new one the next Monday to get straight into it.

Over the years, I have used my contracting fees to generate a passive income so that if I am not in work, I am still able to provide for my financial needs.

I notice that you have been working in Belgium for the last three years, where previously you have spent a good portion of your time in the UK. Have the new IR35 taxation rules for contractors in the UK made it harder to justify contracting in the UK, especially with the added difficulties of Brexit?

From what I hear, contracting in the UK is no longer attractive and I have a good few colleagues who have stopped contracting to go into permanent work. I believe there are contracts which are outside of IR35 and it is necessary to look more for these than those within it. This will have an impact on the contracting market as talent will leave or be forced into permanent jobs which are lower paying.

Brexit might have an effect but not really for me. I am a tri-national, so I can live in the UK and in Europe. From my point of view, as I can speak various languages, it is often more interesting to take European based contracts as these can have higher rates (due to the yo-yoing value of sterling) and it is also here that I have this competitive advantage.

What are your thoughts on the SAP contracting market in Europe now? Presumably it has changed significantly since the release of SAP S/4HANA in late 2015?

Yes, it really has. In the last three years, most of the customers that I have dealt with in the past or all of the postings I see for jobs, require knowledge of SAP S/4HANA. Those that are still working in ECC6 and have not yet had the chance to work on an SAP S/4HANA implementation will soon find themselves lagging behind in the marketplace and customers will not even look at their CVs or consider them for roles.

SAP S/4HANA really is a game changer and I am currently working on an implementation of 022020. The performance is so much better and with so many Fiori apps available, it makes for a much smoother user experience.

For PM/CS, these are placed in SAP S/4HANA in compatibility mode and the CS component in the future will be moving more towards the new SAP S/4 HANA Service.

Let’s talk a little bit about SAP S/4HANA. You have a unique perspective, having worked for many different large organisations around Europe. Are you seeing more urgency now from companies with regard to their migration plans from ECC6 to SAP S/4HANA?

There has been quite a push towards the SAP S/4HANA in some of the organisations I have worked with. The 2025 deadline initially was a large catalyst for moving forward, however, there was some pushback from customers who had recently only finished their ECC6 single instance deployments.

I believe that more and more customers will migrate to the platform, especially with all the peripheral offerings that are available. And with digital transformation being the way forward, SAP S/4HANA is the de facto choice for a single instance.

Recently, the two clients I have implemented for have been greenfield so SAP S/4HANA was the immediate choice.

Many organisations are reporting a shortage of SAP S/4HANA skilled consultants. Should our readers see this as an opportunity and if so, how can they look to upskill themselves?

Yes – definitely! It is a great opportunity as this is the technology that many different types of organisations will be using for the foreseeable future.

Many of the functional fundamentals remain present, however, new concepts and interactions with peripheral products (such as SAP Field Service Management) are process enhancing and add value.

For upskilling there are a raft of different sources, such as training courses from SAP or third parties, books from SAP Press, the SAP online help and, of course, there is nothing like actually getting on a project to get the hands-on experience. I have also found many great videos from other consultants on YouTube.

As for your own exposure to SAP S/4HANA, what has impressed you most about the new technology?

Both the implementations I have been working on have been SAP S/4HANA in the cloud. The first thing that I have noticed is the speed. The database is so much faster than before.

Also, the out of the box Fiori apps make the look and feel that much slicker as well as the targeted functionality of each app.

Regarding the SAP CS module, SAP Note 2962632 promises to deliver a new, service management solution called “S/4HANA Service”, to replace the CS module, although no further details are available yet. Have you heard any news about this?

Yes! I have been lucky enough to have meetings with SAP regarding this, and there is a lot of news coming on this front as one of my clients is contemplating moving towards the solution. The new solution is very closely linked to CRM, with many of the core concepts coming from here, and there will be much new functionality and objects made available in SAP S/4HANA service.

Some of the CS concepts will remain – however, there will be hybrid versions that can work so customers can adopt the solution in a faster manner. Also, integration with SAP Field Service Management will be more out of the box.

I believe that the best advice I can give is always to be humble and be willing to learn new processes and new parts of the system every day. What I always say is ‘The standard is our friend’ to ensure that all avenues using standard configuration are explored before embarking on development.

For our newer colleagues in the marketplace, don’t be afraid and get out there. The only way to truly learn deeply is through hands-on experience.