With every released version, SAP has brought in various new functionalities in the SAP Transportation Management module and this blog is a follow up to my earlier blog. This blog will focus on the other various new features which have been made available in S/4TM 2020 version.

New Functionality: A new field (as shown below) has been introduced under Settlement Profile Settings, which has been added to automatically activate and enable resolution based reference during the process of invoicing the carrier. 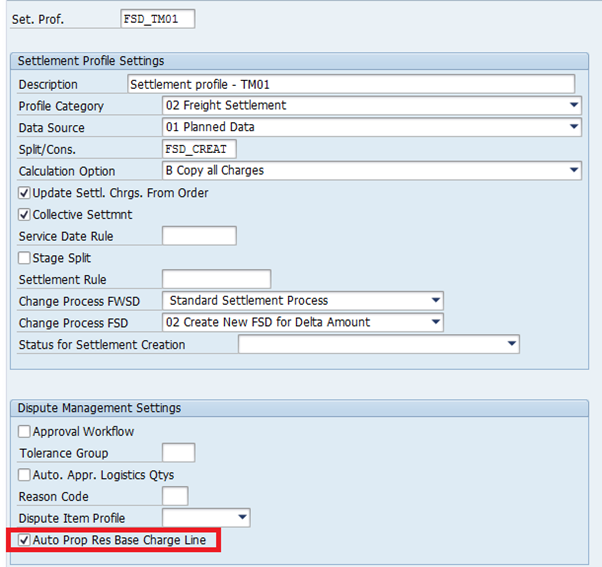 (Fig-1-Activation of Automatic resolution base in settlement profile)

To elaborate on the above let us consider the below enclosed charge lines in the carrier invoice and the life-cycle status of the invoice is Draft:

Now once business users have enabled Automatically Propose Logistical References for Charge Lines as specified below based on the updates in settlement profile, the system will automatically add the logistical references when it creates the invoice:
Charge Description Logistical Reference
Disbursement port charge for pallet 10 CARTON 2687
Disbursement port charge for pallet 20 CARTON 2688
Thus, once the attributes and business data are accepted, the system will update the carrier invoice and changes the life-cycle status to In Process.

New Functionality: The addition of new fields at UI level for the carrier invoices available in SAP TM.

i) First 2 new actions have been added in the carrier invoice document – one is for release and another is set to draft.

ii) Secondly, we have a New screen area tab that has been added which is Charges with Logistical Reference

iii) Further in the 2020 version, the “Propose Logistical Reference” is the newly added action on the carrier invoice which was not there in the earlier version.

E.g. Initially the invoicing status was invoiced when the total amount in local currency was 5000 EUR and correspondingly the settlement amount was also posted to the same amount. But later due to certain reason (e.g.-waiting time, detention charges) the total amount was updated to 5250 EUR then the invoicing status was updated to the new status Not Up-to-Date as highlighted below.

(Fig 3- Change in the invoicing status in the freight documents)

New Functionality: As part of the standard integration between SAP TM and ECC when freight settlement documents (FSD) are posted, company code and the plant is the mandatory entry for the integration to finance. Before the 2020 version, as per the standard SAP design, the company code data was determined only when the FSD posting was done. During the earlier version, the service PO and service entry sheet was created automatically and the plant (which is a mandatory entity in service PO) ultimately determined the company code which was responsible to pay the cost to the carrier. In case SAP TM is implemented on a wider scale where multiple company codes are involved, hence it was important that this entity is captured directly at the freight documents instead of waiting for the posting to happen. The procure company code is captured also at freight settlement document level and thus responsible for the freight cost. Furthermore, this company code is derived from the company code assigned to the centralised purchase organisation from ERP. 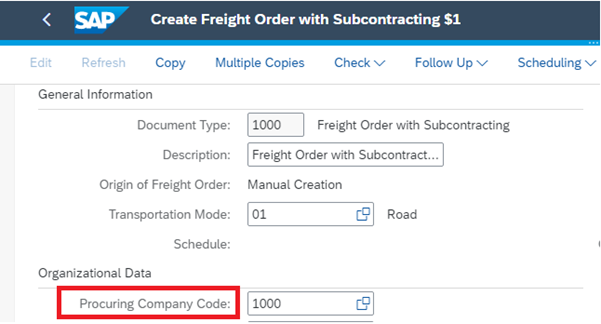 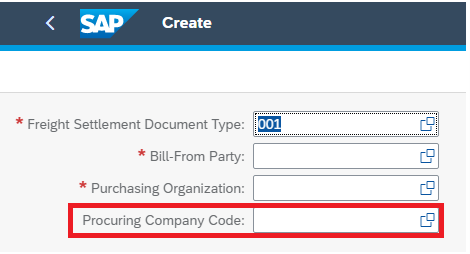 The main benefit with this feature in the 2020 version is that first it removes the dependency of maintaining and setting up multiple freight settlement document types for each company code. Additionally, the development effort is minimised since now there is no need to implement BADI-/SCMTMS/BADI_MODIFY_PO_DATA (in case of embedded TM) to link the company code using plant during the freight settlement posting process.

New Functionality: Let us consider a scenario where a shipper wants to transport a shipment with a specific capacity from location X to location Y and would like to avail the capacity from a specific carrier. So before creating a freight agreement he would like to request a quotation (RFQ) from the shipper. In SAP TM, an RFQ document is created with required RFQ items which need to be specified, along with the preferred charges which can be fixed/variable. Once the shipper publishes the RFQ it is transmitted to various carriers who then analyse the entire document and submit the responses accordingly against the RFQ.

Based on the rates comparison among various carriers, the shipper ultimately awards the particular shipment to the specific carrier for execution. However, for the carriers to submit their responses against the RFQ, they can download the RFQ in Excel workbook where it holds the various information with all necessary fields. Until the 1909 version, Excel was also known as compatibility Excel where there were some fields which were editable and required carrier’s input, while other fields were in display mode only. Once a carrier updated Excel, they would upload it and correspondingly the fields were updated to the desired values. However, in the 2020 version the Excel format was more structured. It had multiple sheets, including RFQ details sheet, individual sheet for RFQ items, rate tables and Location address sheet. In the 1909 compatibility Excel there were only RFQ details sheet and an individual sheet for rate table.

Another benefit of using the structured Excel format was that it only displayed carrier relevant information in a specific format where only the input fields for the carrier were editable, while others were in display mode. The the earlier version compatible Excel displayed excess information which was not relevant to the carrier and was difficult to handle due to excessive scrolling and moving the columns. Furthermore, upload and download of data time for compatible Excel in the latest version is much faster compared to structured Excel. Hence a new field, Carrier Excel Format, has been introduced in S/4 TM 2020 version, as highlighted in the below screenshot, while selecting the freight agreement RFQ type and the structured Excel format is available by default. However it can be changed by the user based on the selection in the dropdown values. 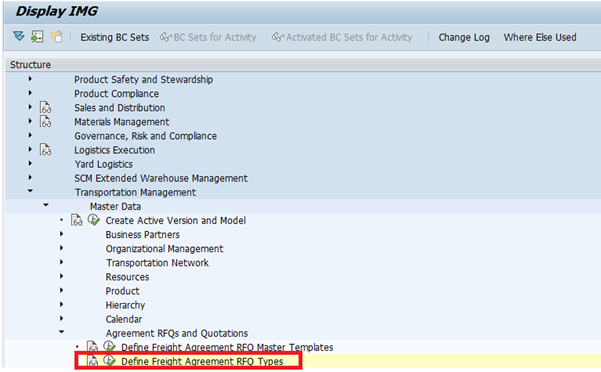 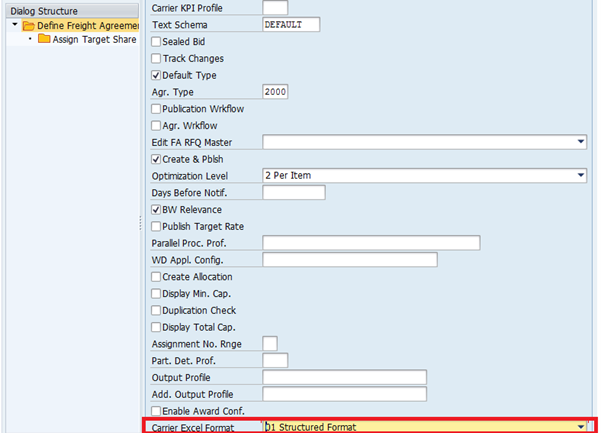 New Functionality: There is a new field value under Scheduling Strategy which has been introduced in the planning profile under scheduling settings.

As it is known that planning in SAP TM can be done either manually or automatically (using VSR optimiser), in the previous versions SAP only had the scheduling strategy-VSS_DEF where the Scheduling function was performed by calling the optimiser engine via RFC. This determined departure and arrival time stamp information (start and end time for different activities) per stops in the various freight documents. It is to be noted that the objective of Scheduling is not to change the loading/unloading sequence of various stops in freight documents, but to determine the date and time associated with the loading and unloading activities per stop. The Scheduling functionality is mainly required for those transportation planners that create the freight documents via manual planning.

However in the 2020 version, the new strategy-VSS_EMBED has been introduced and is linked with the service-VSS_SCH and the main objective of this strategy was not to incorporate remote communication and control framework (RCCF) call but rather involve the framework provided by the embedded ABAP based engine for scheduling. In this way technically there is no call made to the external C++ optimiser. Furthermore, the embedded scheduling engine supports the functionality of planning cost-based determination of pick-up and delivery dates for source and destination stops but it did not support scheduling constraints. Currently the new strategy-VSS_EMBED is linked to 3 methods in sequence which are VSS_PRE,VSS_EXE_AB and VSS_POST.

To conclude, with various releases in SAP TM in S/4 it’s very important for the business and the consultants to have a preview of the new functionalities and features which have been introduced so that process design document and the process flow can be designed accordingly in any type of implementation project. This blog has mainly focussed on the various changes related to transportation planning, charge and settlement process and is applicable for various lines of business and across various industries who are planning to implement the SAP TM 2020 version.