Way back in 2019, SAP released Intelligent Robotic Process Automation (RPA) to automate the repetitive and high-volume manual tasks persisting in SAP solutions. We have published an earlier blog titled “Understanding SAP Intelligent Robotic Process Automation (RPA)” in November 2019, highlighting the basics of Intelligent RPA solution. There are many new features added by SAP for facilitating Bot building and related activities, now named as SAP RPA 2.0. In this blog we will see a few key features relevant to bot builders and business process experts from a functional point of view.

In RPA 2.0 release 2112, SAP has added new Cloud Studio related features and new Bots in the SAP Store. In Cloud Studio, features like grouping of elements of a screen to help their organisation and management, “Quick fix” buttons to fix errors when declaring screens and elements, selecting multi-level collections such as table/row/cell to iterate on using a menu option, setting a time-out duration to execute an asynchronous activity and many more. In Cloud Factory, features like input and output tabs showing input and output parameters respectively, a graphical sequence diagram that displays agent status on a separate activity tab and many more. However, we will look in more detail at the following three specific functions in this blog:

Bot building for Power Point Application
The store contains a specific SDK for Power Point application as shown in exhibit 2, which has to be installed. It must be added as a dependency to the Cloud Studio Project. The Power Point instance is a single use instance. This means, work on a PowerPoint file needs to be a single instance complete cycle of activity e.g. opening an instance, performing the tasks, and closing the instance. Only after this cycle, a next instance can be initiated for the same file to perform further tasks. 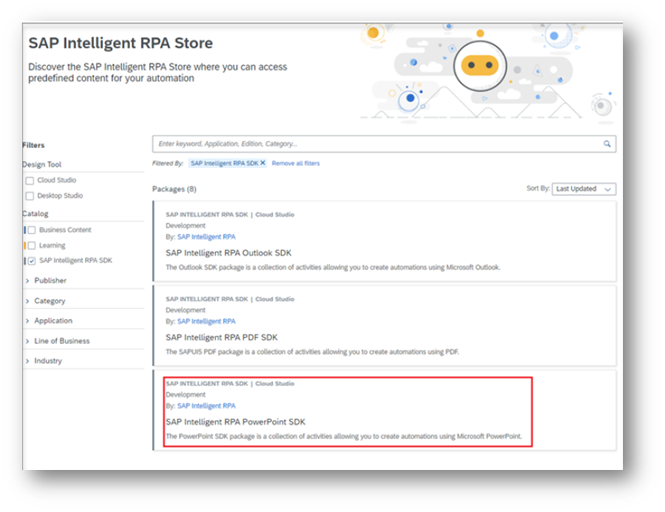 Earlier, the files could only be imported into the project, and nothing further could be done on that file. However, with new functionalities added, one can read data supplied by other bots or calculated in this bot and update the PowerPoint slide with relevant information. The activities available to perform for the PowerPoint application are as follows:
• Open PowerPoint instance
• Create new presentation
• Open existing presentation
• Apply template
• Add slides to it
• Set the layout of the slides
• Save as PowerPoint
• Release the PowerPoint Instance

To understand this feature better, let us consider an example. There is an order status data collection bot, which reads the data in the order status screen and accumulates the number of orders which have the status of “Urgent/Too late/In time”. The bot process steps are shown in exhibit-3 below. 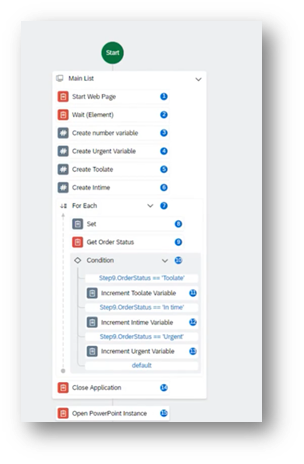 Once the order data per status is collected in three different variables, the bot flow continues further to open the PowerPoint file (pre-loaded and template set), set the different elements of the status with the collected numbers and closes the PowerPoint instance. This is shown in exhibit-4 below. 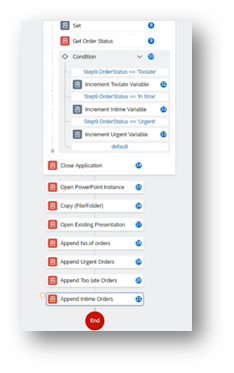 The completed PowerPoint sample slide is shown in exhibit-5 below. This is a way to automate the creation of a report by bot and it can be built to any complex requirements. 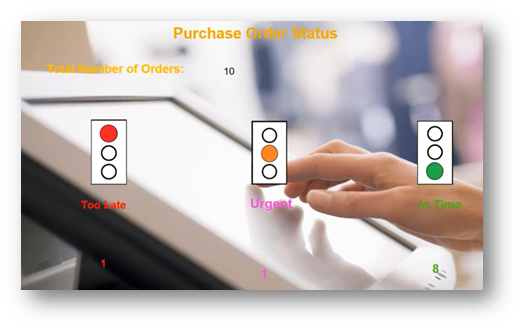 Like the Power Point SDK, the store contains an Excel SDK. This needs to be downloaded and installed similar to the step explained in the case of PowerPoint. In the case of Excel, multi-instance operations are possible. This is different compared to PowerPoint, which is a single instance operation. Once complete, the new activities available for Excel application are as follows:
• Open an Excel instance (new parameters like Visible = True/False)
• Open Workbook
• Get Workbook names
• Get Active Workbook name
• Export as PDF or XPS 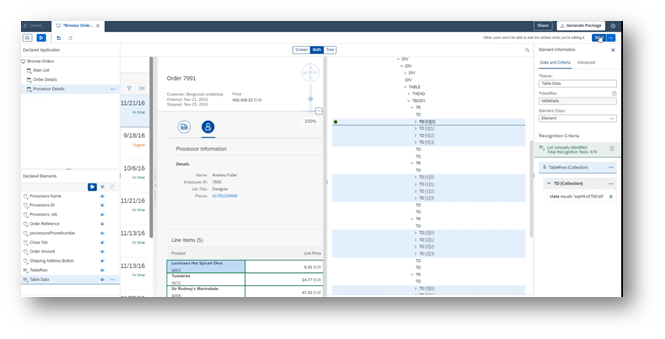 A simple example of using Excel functions can be considered as follows. Let’s say there is a need to go through the orders, pick up certain pieces of header info such as customer name, order status, shipping info etc. Then pick up certain info from each of the line items of the order such as Product name/code, unit price, quantity and total price. Record them in an Excel sheet and save that Excel sheet for that order. Repeat the same for each order and create multiple Excel sheets for as many orders that exist. A Bot can be built using the concept of “collections” as explained above and the new Excel operations provided. The following exhibit-7 shows the screen shot of such an activity.

Depending on the requirements of reporting by pulling data from multiple sources, these tools help to build Excel files in a quick manner.

The recorder application tool floats on top of the screen as shown in exhibit-8 below. The tool buttons provide for standard functions such as start/stop/pause/resume and capture screen, as also shown below. 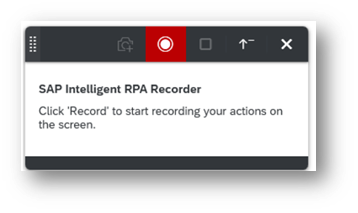 The recorder shows intuitively the data captured and values set against each of them, also in the extended window of the recorder as shown in exhibit-9 below. For example, the sold-to-party, ship-to-party, material number, etc can be observed in the exhibit below.

Once the recording is completed, it can be exported to Cloud Studio. The developer can see the full workflow chart, screen elements and all the details. For example, the workflow steps are shown in exhibit-10 below. 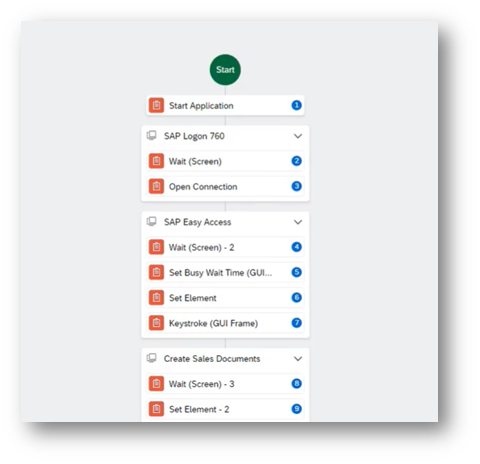 These can be edited by the developer to add further changes as desired. For example, the recording could be enhanced to include multiple line items of the order. Typically, once the automation scenario is ready, the data is supplied periodically by the users in an Excel so that the bot can perform the execution in an efficient manner without errors. At this point, the recorder is capable of recording for SAP GUI for Web and SAP GUI for Windows. SAP may enhance it for other technologies going forward.

The above only highlights a few key features of the 2.0. There are quite a few enhancements such as setting up triggers, mass registrations, notifications using email/API/Conversational AI, monitoring and troubleshooting tasks, etc that are also available. The enhanced tool greatly simplifies the manual effort involved in creating workflow automation development. Using the tool and building expertise in this tool must be an easy task for business process experts and bot builders combining their functional expertise. It will certainly add value to them in solving client requirements in an efficient manner.