SAP – a history of the company and the software

We all know how successful SAP is in the technology market and we are familiar with the software. But how did it come into being and how did it progress? Let’s take a deep dive into the history… 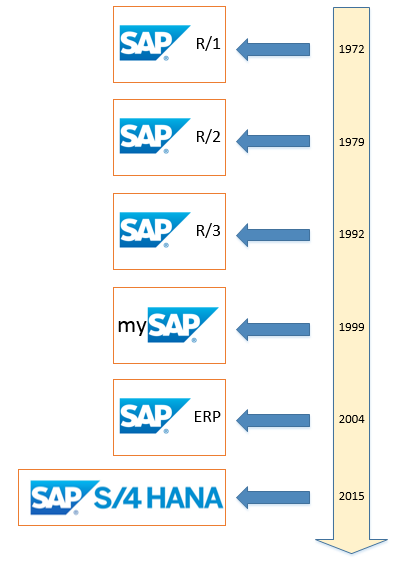 SAP has a long and successful history in the ERP industry, dating as far back as 1972, early ground-breaking days in the IT sector. Back then, five IBM employees left their roles to start up their own company called SAP, initially meaning “Systemanalyse und Programmentwicklung” (“System Analysis and Program Development” in English). 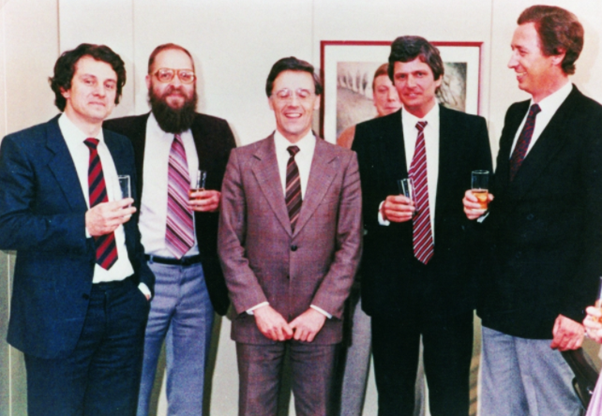 From five to nine

Initial progress of the fledgling company was slow, but after one year SAP employed four new employees, taking the total to nine and generating DM620,000 in revenue. Two offices were opened: the headquarters in Weinheim and a nearby office in Mannheim, in Germany.

As the 1970s progress, SAP as we know it begins to take shape, starting with the first module – a financial accounting system known as RF. Using the DOS operating system on IBM servers, new up and coming SAP modules became fully integrated with RF in the coming years to form SAP’s first overarching solution under the name SAP R/1. This full integration of modules became the hallmark of the SAP solution, lending the company its competitive edge in the marketplace.

By 1976, SAP created a sales and support subsidiary – SAP GmbH “Systeme Anwendungen und Produkte in der Datenverarbeitung” (“Systems, Applications, and Products in Data Processing” in English). In 1981 the partnership of SAP GmbH and the original SAP was eventually dissolved in favour of SAP GmbH.

Further developments in the 1970s showed SAP moving into the international market, with the first non-German companies picking up the product in Austria in 1977 and the development of a French language version of the software in 1978 (in partnership with John Deere, the farm equipment manufacturer). Around this time, SAP also moved its headquarters to Walldorf, Bavaria. However, SAP still maintains a significant presence in Mannheim to this day, sponsoring the SAP Arena in the city, a venue for ice hockey, handball and international entertainment acts. 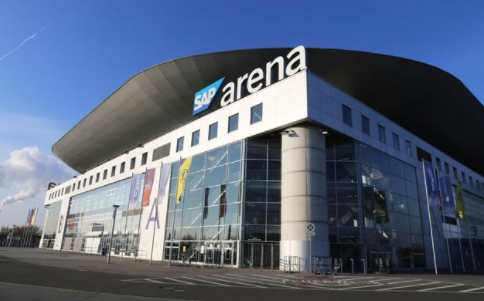 By 1980, SAP modules included the original financial module RF, RM for materials management, and RV for sales and distribution. The upgrade of SAP’s own servers in conjunction with the new fully integrated modules heralded the era of SAP R/2.

The SAP R/2 era lasted for ten years throughout the 1980s, during which radical developments in ERP software were spearheaded by SAP. The early ‘80s saw the creation of further integrated modules – RM-PPS for production planning, RK for controlling and RP for personnel. This rapid expansion saw SAP reach 300 employees and DM100 million in revenue by the middle of the decade – but the unprecedented growth did not stop there. The late ’80s saw the shaping of the organisation we know today – a new training facility was opened in Walldorf, SAP Consulting was established to support new customers in their implementations, multiple offices were opened across Europe and SAP became a public limited company – SAP AG.

Furthermore, efforts to standardise across the ERP space paved the way for the next generation – SAP R/3. Further technical developments included SAP diving into the select industries sector by developing RIVA, a system specifically for utility companies. A new graphical user interface for R/2 was developed (see below), but the look and feel of the solution was still a long way off the SAP of today. 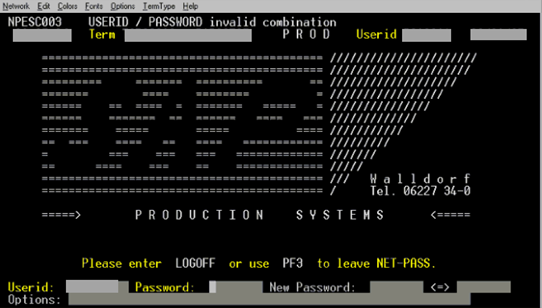 Projects such as the definition and development of the ABAP/4 programming environment were taking up large amounts of time in SAP research and development, and were deeply embedded in the transition to SAP R/3.

By the end of the decade, SAP revenue had grown fivefold in the last four years, to DM500 million and employing 1700 people across Europe.

In 1991 SAP launched SAP R/3 to incredibly positive reviews. The new graphical user interface was revolutionary at the time. 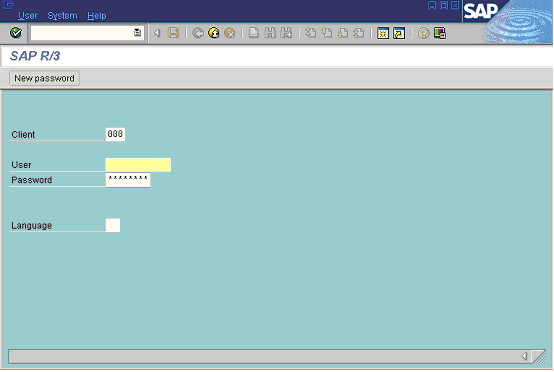 Following successful pilot implementations in the early 1990s, SAP went from strength to strength. This began by collaborating with Microsoft on integration with the Windows operating system as well as with IXOS to design an electronic archiving solution. Expansion to a US site near Silicon Valley, as well as a Japanese version of the software with kanji characters, saw SAP’s footprint in the marketplace rocket to new heights. Large companies such as General Motors, Burger King and Coca-Cola came on board, taking advantage of technology innovations such as EnjoySAP (the strategy intended to simplify the SAP product from a user point of view) and mySAP.com (combining eCommerce solutions with existing SAP applications).

The strength of the SAP offering is underlined when, in 2001 after the dotcom bubble has burst, SAP continued incredibly strong growth, realising 17% revenue increases during the year.

The new millennium saw SAP technological advances carry on apace, with the launch of the technology platform SAP NetWeaver. Within the first year of the product over 1000 customers had signed up.

In the middle of the decade, SAP launched SAP ERP, with the core of Enterprise Central Component (ECC), known as SAP ECC 5.0, soon to be developed into SAP ECC 6.0, the most successful and widely used ERP system in history. As a part of this capability improvement, SAP expanded its offerings to encompass solutions specific to dozens of industries. 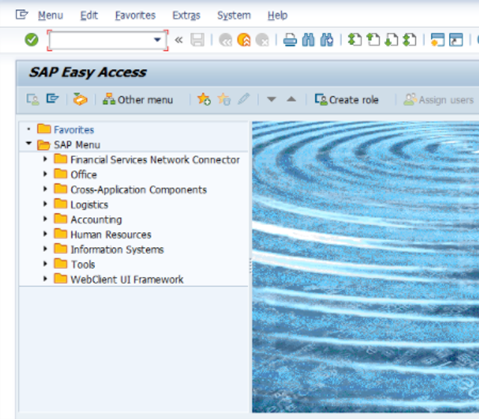 The latter part of the 2000s saw SAP expand aggressively in the market. With new acquisitions such as Business Objects and new technology applications such as SAP Business One and SAP Business ByDesign, it was a move to break into the small and midsize organization market. Furthermore, a major milestone was the launch of SAP Business Suite 7 – bringing together all the applications under one unified banner.

The 2010s began with a bang for SAP with the launch of its in-memory database SAP High Performance Analytical Application (HANA) in 2011. In the next three years, HANA would be enabled on the entire SAP Business Suite, generating nearly €1.2 billion in revenue, making it the fastest growing product in the history of enterprise software.

Growth through acquisition would be a hallmark of the 2010s, with major acquisitions including SuccessFactors, Ariba, Fieldglass and Concur.

One of the most fundamental technological changes in the company’s history took place in 2015, with the launch of SAP S/4HANA (built exclusively on the HANA database) with a brand-new user experience (UX) called Fiori, fully enabled for mobile devices. 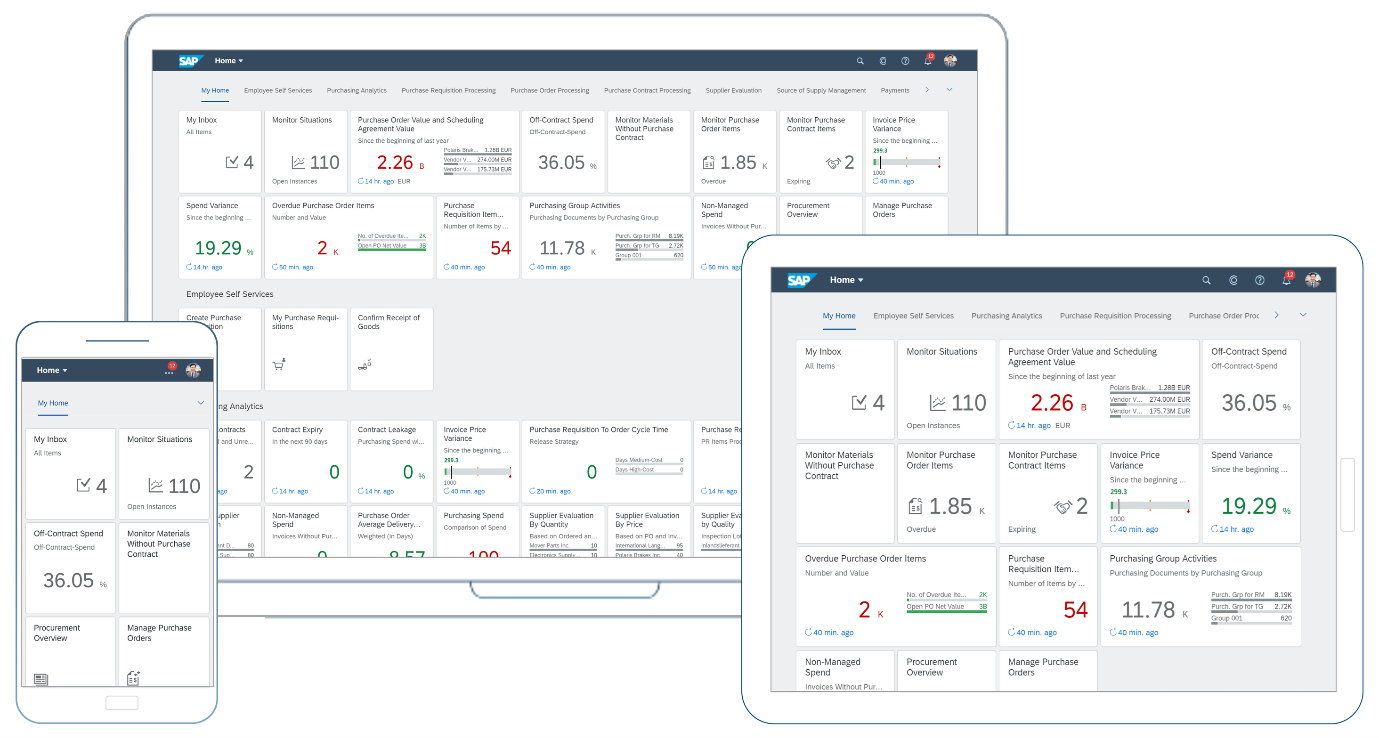 What next for SAP?

Take up of SAP S/4HANA has steadily increased since its inception in 2015, from 370 customers at the end of 2015 to 17,500 today. The ERP cloud offerings are one of the main strategic drivers for SAP now, and growth and investment is being ploughed into these offerings.

SAP faces significant headwinds, with a fiercely competitive ERP market and competitors such as Oracle, Infor and Microsoft nibbling at its heels. Nevertheless, company performance has remained strong – with annual revenues reaching $32.7 billion by September 2021. The future may be in the cloud, but it is still bright for SAP!